Ministerial draft on the Law of Combating Corporate Crime published

On 22 August 2019, the Ministry of Justice and Consumer Protection presented the long-awaited draft on combatting corporate crimes. On the basis of 69 articles, the “Act on the Sanctioning of Association-Related Offences” (hereinafter the “Draft” or the “Act on Corporate Sanctioning“) regulates the sanctioning of corporations, thereby permitting timely and appropriate sanctioning of offenses committed by such entities. The Draft aims to provide legal certainty for corporations and incentivize preventive compliance measures, the conducting of internal investigations and cooperation with the criminal prosecution authorities.

A Standalone Law on the Sanctioning of Corporations

The Draft separates the sanctioning of offences committed by corporations out of the German Administrative Offences Act (Ordnungswidrigkeitengesetz – OwiG) and establishes a new independent legal basis for their sanctioning. The message behind this approach: Germany intends to comply with international requirements and established standards with regard to the effective, appropriate and deterrent sanctioning of corporate crimes. Instead of the so-called discretionary principle – applicable under administrative offences law – the principle of legality shall apply: Criminal prosecution and sanctioning of corporate crimes are no longer left to the discretion of the competent public prosecutor’s offices and courts but instead become mandatory in order to achieve a nationwide coherent sanctioning approach.

In addition, corporations domiciled in Germany are to be held accountable for crimes committed abroad. The Draft thus closes an existing regulatory gap in the sanctioning of crimes committed abroad: In the future, the applicability of German criminal law, which generally requires the German nationality of the responsible member of the management, shall no longer be required. Instead, the decisive factor will be that corporations will need to have a seat in Germany and that the offence committed is a criminal offence both in the country in which the offence was committed and in Germany.

In addition, the Draft provides that sanctions can not only be imposed against the criminal corporation but in certain cases also against its legal successors. It further provides for liability of the economic unit – similar to already existing antitrust regulations.

Since the monetary sanctions are modelled on the fines imposed under the German Administrative Offences Act, the Draft provides for a maximum of ten million Euro for intentional offences and five million Euro for negligent offences. However, for corporations whose average annual turnover amounts to more than 100 million Euros, a sanction limit of up to 10 per cent (in the case of intentional offences) or 5 per cent (in the case of negligent offences) of the average annual turnover shall be applied. In the event that multiple sanctions are imposed on a corporation, these may be combined into one overall sanction. However, the total sanction amount may not exceed twice the maximum amount of a single sanction, i.e., 20 million Euros or 20 percent of the average annual turnover in case of intentional offences.

Contrary to fines pursuant to Section 30 of the German Administrative Offences Act, a monetary sanction does not at the same time disgorge the profits obtained by an offence committed; instead, the general provisions on disgorgement of the German Criminal Code shall apply.

If the conditions set out in the Draft are met, a warning with reservation of the sanction can be issued instead of a monetary sanction. Such a warning may be combined with additional conditions or instructions. Conceptually, this concept is reminiscent of ‘Deferred Prosecution Agreement‘ (DPA) as used in the United State, for example.

As a special form of instruction, the Draft provides that a court may instruct the corporation to take certain precautions to avoid corporate sanctions and to prove these by “an expert body“. The provision thus creates the prerequisites for introducing the instrument of a ‘Compliance Monitor’ in Germany, a measure already known in the United States and the United Kingdom, for example.

Furthermore, the sentencing of the corporation can be made public (‘Naming and Shaming’). A prerequisite for this is, however, that a large number of people must have been harmed.

In addition to the possible sanctions, the Draft also provides for various grounds for a closing of a proceeding, which enable the courts to flexibly structure their proceedings. Particularly noteworthy are the regulations on closing a criminal prosecution for (i) de minimis conduct or (ii) under conditions and instructions. In the latter event, proceedings are closed without holding a public hearing. In legal terms, this procedural form is reminiscent of the so-called ‘Non Prosecution Agreement‘ (NPA) concept as being used in the United States.

The Draft takes this objective into account in numerous places. According to the explanatory memorandum, compliance measures can lead to a situation in which – especially if the corporation has already taken or is taking measures to avoid violations – only a warning shall be issued. If, on the other hand, a corporate monetary sanction is imposed, compliance measures can be taken into account as a mitigating measure when determining the sanctions amount. According to the explanatory memorandum, a substantial reduction should apply where a corporation has an effective compliance system in place. Importantly, the pure ‘window dressing’, i.e., maintaining a supposedly effective compliance system, should, on the other hand, be considered as an aggravating factor.

Due to the newly created flexible procedural design options, it is also possible to take the existence or future developments of compliance measures as an opportunity to discontinue the investigation and thus refrain from prosecution.

The Draft also regulates the conduct and implications of internal investigations. In principle, these can be carried out both by the corporation itself and by third parties. However, the Draft does not set out mandatory rules but rather incentives to carry out internal investigations. If a concerned corporation has carried out an internal investigation and thereby complied with the principles set out in the law, the amount of the monetary sanction can be reduced by up to 50%. In such cases, the possibility of dissolution of the corporation and the public announcement of the sanction are also excluded. The Draft also provides for the sanction to be determined by a decision rather than a court ruling in these cases – i.e., without a public hearing.

In order for companies to be able to benefit from these possible advantages, it is necessary that all the conditions described below for conducting an internal investigation are met:

The general laws on criminal proceedings, i.e., in particular the German Criminal Procedure Code (Strafprozessordnung – StPO), shall apply to the procedure for prosecuting corporations under the Act on Corporate Sanctioning.

In addition, the Draft expressly clarifies that corporations shall be entitled to the position of an accused person in the proceedings; thus, being entitled to all the accused person’s rights, i.e., in particular the right to remain silent, the right to be heard and the right to submit applications for evidence. Numerous special provisions address the special nature of the corporation as an organized and represented legal entity and the position of its legal representatives in the proceedings.

In addition to the general granting of suspect status in proceedings, the Draft also expressly addresses the issue of the search of law firms and the confiscation of documents and findings from internal investigations of the corporation, a controversial topic most recently discussed in the context of the so-called ‘Jones Day Decision‘ of the German Federal Constitutional Court (Bundesverfassungsgericht).

With clarifying amendments in the German Criminal Procedure Code, numerous views and discussions on the limitation of criminal investigation measures in this context are rejected: In the future, the freedom from seizure should only be expressly considered within the framework of a protected relationship of trust between a corporation or individuals who already have the status of a defendant and his advisor who is entitled to refuse to testify.

Mandate relationships with persons and companies who are not (yet) accused shall not be subject to any special protection. Records and results from internal investigations should therefore always be subject to the right of seizure of the criminal authorities if they take place outside the scope of a specified criminal defense. Moreover, the Draft expressly clarifies that search and seizure measures at law firms are also permissible outside the narrow limits of the prohibition of confiscation.

The Draft provides for the establishment of a corporate sanctions register, which shall not be publicly accessible. In addition to legally binding decisions on the imposition of sanctions pursuant to the Draft, fines pursuant to Section 30 of the German Administrative Offences are also to be entered in this register. Information rights exist for courts, public prosecutors’ offices and authorities – within the EU – and, if corresponding international treaties exist, also on the part of foreign, supranational and intergovernmental bodies.

After a long period of preparation and years of discussion, the Draft for a German “corporate criminal law” is now available for the first time and will be the subject of an intensive discourse. It will therefore take at least until next year before a corresponding law can be passed after detailed discussion in the government cabinet and the German Bundestag as well as hearings of the German Bundesrat. In addition, numerous questions will have to be clarified along the way – particularly regarding labor law, data protection law and criminal law issues, but also compliance-specific problems.

Nevertheless, companies should already be aware today: There will be a genuine corporate criminal law in Germany soon. Although the Draft provides that the law will only enter into force two years after promulgation in order to give companies the opportunity to review and update their compliance systems, companies should not start shortly prior to the expiration of this deadline. Instead, they should address these issues now.

We will monitor the further developments and follow-up regularly on them in our blog. Please let us know if you have any questions about the Act on the Corporate Sanctioning or any related topic. 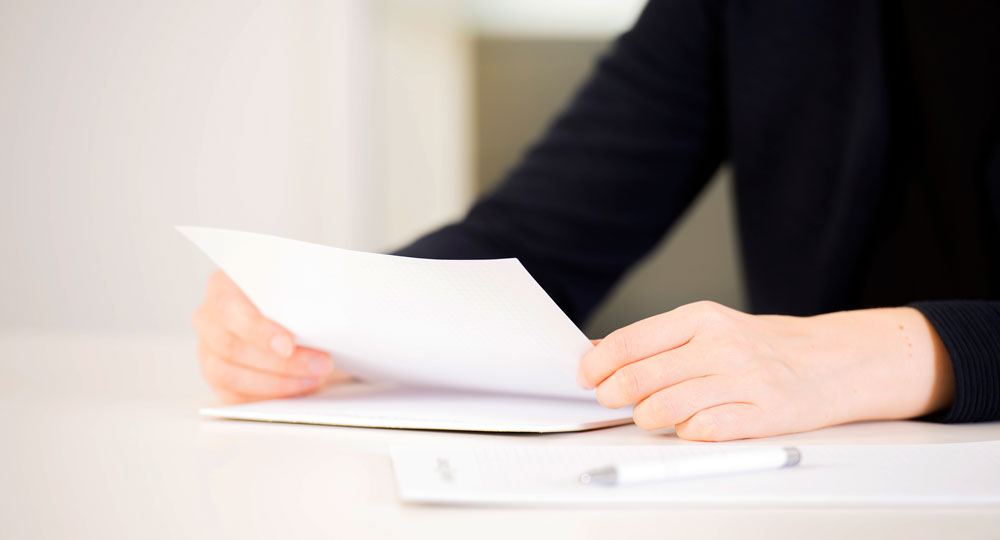